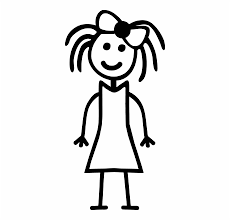 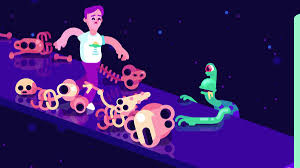 As Easy as Riding a Bike

When I was young, I rode my bike everywhere. That was back in the day before cell phones, when packs of kids roamed the neighborhoods on wheels, not returning home until it was too dark to see. When my boys were young, I rode with them--to school, to parks, to the pool, to Dairy Queen. Some of my favorite memories are of watching them lock up their little bikes at the elementary school bike racks before heading into class. 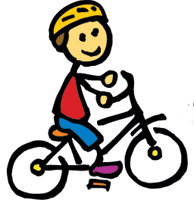 First of all, I didn't forget how, so maybe that old axiom is true, after all. And even though it was a hot week with some wild weather thrown in, which didn't make for ideal conditions, I was able to at least cruise around the neighborhood like an aimless teenager. I had hoped to make time for a longer ride, but circumstances conspired against me. I was, however, able to participate in a work ride to our local botanical garden, which was fun and different.

I really enjoyed my time on the bike this week. Being generally realistic, I know that I will never be one of those people who bikes everywhere--to work, to the market, to the movies. But that's okay. I live in a very bike-friendly community, and there are plenty of others around to pick up my slack. I'm also a fair-weather rider. If I think I might get struck by lightning, pelted by hailstones, slip on ice, or have to make headway straight into gale-force winds, no thanks. Nor will I ever be one of those bikers in stretchy shorts, because, well, a lot of reasons. But now I am newly inspired to head out on some of the 30+ miles of local trails more often.

This week is at least a more frequent Take It.

Have a good week!

Despite the occasional winters when we measure snowfall in feet instead of inches, Colorado's climate is classified as semi-arid. On the Front Range where I live, we typically enjoy lots of sunshine, relatively low humidity, and more wind than we want--all of which conspire to dry out our skin. It's easy to identify visitors, for they are constantly using lip balm and hand lotion, and blinking rapidly as their tears evaporate at the speed of light. 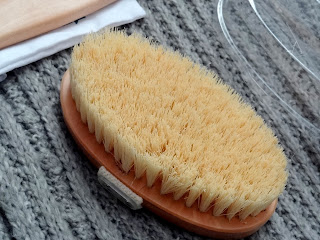 I'm no stranger to dry skin and have tried many lotions and potions to cure it. Exfoliation helps a lot, and we're very familiar with shower poufs in these parts. But I had never tried the technique known as dry brushing.

Dry brushing can be traced back to the ancient healing system of Ayurveda (ditto oil pulling). It is credited with all kinds of benefits, including smoother skin, reduced stress and chronic pain, lymph detoxification, better sleep and digestion, increased circulation, and Hulk-like strength. (Wait, that last one is caused by gamma radiation).

It's simple to do: using long, not-too-firm strokes, brush the skin from the extremities toward the heart. Easy-peasey. In fact, the most difficult part about it was choosing the brush. Most of them are made from animal hair (usually boar) or some kind of plant fiber. I've been known to have skin reactions to both those things, so after much searching, I settled on a brush with silicone bristles.

For seven days, I brushed once in the morning and once at night. And, boy, does my lymph feel detoxed! Just kidding, I have no idea if that part works. But my skin is noticeably softer. The silicone bristles worked better than I thought they might, although the brush does have a bit of a weird plastic smell.


All in all, dry brushing was a pleasant surprise, and I will keep at it. Especially during the winter, when the furnace tries to turn me into a potato chip.

This week is a Take It.

I resisted Amazon Prime day, Google Express shopping day, and Target Deal Days with no problem. I did give in, however, and buy the swim gear I want for Florida because I knew if I waited until August, it would be sold out. It feels like a necessary purchase, however, because my only previous trip to Florida resulted in a lobster-like sunburn. So, bring on the dorky long-sleeved swim shirt!

Welcome! First of all, this is a big post for me, because as of last week, I'm halfway through the year's Take It or Leave It challenge! (If you're new here or need a refresher, I'm adding something new to my life or taking something away each week and then deciding if it is worth a longer-term commitment.) The Take Its are leading the Leave Its 16-10, which means my days are filling up with all kinds of random activities that would make my husband raise an eyebrow if he didn't know me so well.

I don't identify as much of a shopper. I detest malls and don't think I've ever uttered the words "Let's go shopping!" I am, however, an impulse spender. When I'm already on an errand--usually Target or the grocery store--I often come home with things that weren't on my list. Not huge things--no "look, honey, I bought a new sofa/espresso-maker/Rottweiler" moments. Just little things that add up.

Since July tends to be pretty mellow for me, with a lack of spendy holidays, family birthdays, and anniversaries, I thought I'd try going the entire month without buying anything that's not a necessity. Piece of cake, right? I mean, in the heat of summer, I can hardly even muster up the enthusiasm to go to the grocery store. Which is why my family will probably be eating mayonnaise on saltine crackers for dinner tonight. (Ugh. No they won't. That sounds disgusting.)

So confident was I that seven days didn't sound like nearly enough of a challenge. Bring on the entire month. I got this.

What I didn't realize is that apparently everything is discounted during July. And I really, really love a bargain. Clothing, shoes, bedding plants, kitchen gadgets, decor for outside and in...somehow all of these things have already tempted me despite my barely leaving the house other than for work. And don't even get me started on those sidewalk sales.

As I try and resist this temptation, I can feel the wheels of justification whirring in my head. But I need  clothes for my vacation to Florida later this summer. 50% off annuals is a great deal, and I have some more pots that need planting. Why not just cruise the clearance aisle and see if there's anything interesting?

Long story short, July is going to be more of a challenge than I thought. Just today, I received a 30% off coupon from Kohl's. (Damn you, Kohl's. *shakes fist at sky*) I am going to try stick to my guns in the face of temptation and make this week a Take It. But no promises after August 1st.

Email ThisBlogThis!Share to TwitterShare to FacebookShare to Pinterest
Labels: habits, money, shopping, Take It or Leave It, TIOLI

After last week's trial of sleep semi-deprivation, I thought it might be nice to do something to help me get back in my normal routine, a.k.a The Routine of the Failed Night Owl. I read somewhere that regular exposure to morning sunlight plays an important part in establishing a good circadian rhythm, which seemed like a good place to start. Plus, it sounded like a lovely way to begin the day.
Two of the most important byproducts of sunlight exposure are melatonin and Vitamin D, which support and regulate all kinds of physiological functions, but apparently our bodies also release some bonus endorphins. Yeah, sign me up for that good stuff first thing in the morning.


Although some recommendations call for 30-45 minutes of morning sunlight, a general suggestion for a pale person such is myself is fifteen minutes of exposure between the hours of eight and ten. Unfortunately, I, like many people, am at work then, so my sun time during the week was 7:15-7:30.

The first morning, I was pretty excited to bask for a while before starting my day. But the sun didn't cooperate. (Actually the sun rose as it normally did; it was the cloud cover that messed things up.) Ditto the second day. The third was a little bit better, but honestly, I'd never noticed how many clouds hang around in the morning. So inconvenient.

In fact, of the seven mornings in the week, I only had solid sun exposure on three of them, which overall was a disappointment. It was nice to eat breakfast outside, though. (So nice that I almost made myself late a few times.) I didn't notice a difference in how alert I felt in the morning or how tired I felt at night, and I assume it's because I didn't get enough regular sun to have an effect.

As much as I wanted this morning sun exposure to be a Take It, it didn't work out as well as I hoped. And as the days get shorter, it will be nearly impossible. So this one is a regretful Leave It.

I hope the sun brightens your day today, whatever time you're out. See you next week!