Celebration is the perfect chapter for this time of year, though it is a foregone conclusion that our holiday celebrations will look much different in 2020. American Thanksgiving is tomorrow, and most people I know have scaled back, or even eliminated, their traditional gatherings. Travel, especially by public means, is highly discouraged.

My mother is in an at-risk population, so she will not be joining us for only the second time in I don't remember how long. My sister lives in Washington State, where restrictions have recently tightened, and she will not be able to gather with her friends. I fear Christmas will be very much the same.

But I firmly believe that anyone with the physical and emotional energy to do so should find reasons to celebrate as this year winds down. It helps us forge and strengthen connections, even in these socially distant times. Celebratory emotions such as joy are highly contagious and much healthier to spread than a certain coronavirus that continues to plague us.

In Joyful, Ingrid Fetell Lee offers suggestions for fostering a celebratory mood, including:

And guess what? This is the perfect time of year to find all those things! Even 2020 can't keep us from donning ugly sweaters, hanging lights and sparkly decorations, and dancing around the kitchen singing "Jingle Bell Rock."
Please take time in the coming weeks to unplug from the news, make popcorn and hot cocoa, watch cheesy holiday specials, and drive around looking at lights. Find celebratory moments whenever and wherever you can.
Thursday, I will eat turkey and pumpkin pie and celebrate gratitude with my husband, sons, and dog. And as soon as the leftovers are put away, I'm leaning hard into the Christmas season.
Happy Thanksgiving to my American friends. Stay safe and well, everyone! 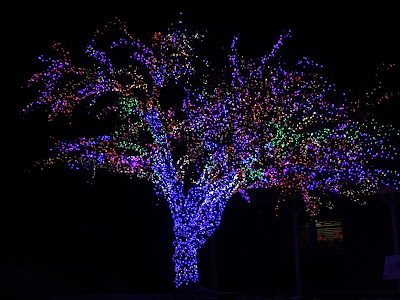 The Magic of Alice Hoffman 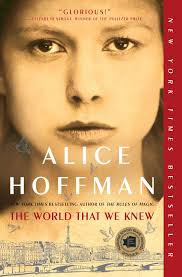 On Sunday, I had the pleasure of attending a virtual book event for Alice Hoffman's latest, The World That We Knew. I love how Ms. Hoffman works magical realism--if not outright magic--into her stories, and this one is no exception. And she seems like a very nice person :-)

Here are a few short takeaways:

Themes of the book include affirmation of life, but also how the tolerance of aberrant behavior often leads to terrible things. It is a fable of feminism and fantasy, a novel ultimately about mothering, especially in times of crisis. She also referred to the book as a "deadline" novel in which the characters must move fast and cannot take time for granted.

She attributes her success at so masterfully intertwining storylines in part to the fact that she is an admittedly bad knitter. Like knitting, writing can be complicated, but you still have to get the threads right.

Storytelling is sometimes seen as a lesser achievement, but Alice sees it as the female way, passing down stories the way her grandmother and mother did for her.

Fiction tells the truth on an emotional level. It's about feeling, whereas non-fiction is often about thought.

She starts a book with a question, i.e. how did people survive a terrible time? Then she creates the world so the characters can walk in. Eventually, as all characters do, they will let her know where the story should go.

Simple enough, right? I thought the book was wonderful and wholeheartedly recommend it.

Take care, and I'll see you next time!