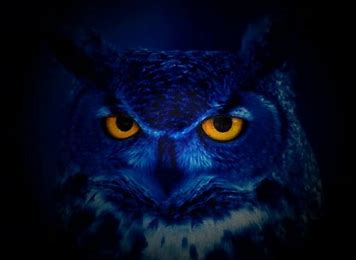 Remember the time-honored college ritual of pulling all-nighters during finals week? I don't, because I could never stay up that late. By the time midnight rolled around, I'd be asleep with my head on the desk, my face squashed into an open textbook. I've just never been a late-night person. If I don't get something done by eight o'clock p.m., it's for sure not going to happen that day.

I know people who are very productive in the hours between nine and midnight. (Anyone who is busy after midnight is probably a vampire.) They revel in the quiet as they knit or scrapbook or bake or--let's be real here--fold a week's worth of laundry. Whenever I hear of these feats, I feel a little foolish that I spent the same period of time asleep in my bed like a slacker.

So I wondered if, for a week, I could somehow rustle up a bit of night owl energy. I aimed to use those bonus hours for the same kind of quiet productivity I imagine Martha Stewart engages in when she's in her human form. Basically, that meant not sitting around playing on my phone or watching Netflix, but actually doing something.

I'm not going to lie, the first night was rough. I had woken up at 3:30 that morning for no apparent reason, and by the time 11:30 rolled around, I was dead on my feet. (But not un-dead like that vampire Martha.)  The second night, I cruised--reading and writing and practicing calligraphy. The hours flew by, and I timed things so perfectly that my head hit the pillow at exactly midnight.

That's when the Second Wind kicked in. "Oh," my body said, "you want to be awake? Let's be awake! I'll pencil you in for a few hours of sleep starting at 2 a.m."

After a bumpy start to the week, I got better at staying up. I made good progress in a couple of books I've been wanting to read and got some writing done. And although I was more tired during the day (Siesta Fiesta, anyone?), I didn't feel as sleep-deprived as I thought I might. All in all, I learned I can pretend to be a night owl on occasion and not suffer too many ill effects.

But I am so, so ready to go back to my 10:00 bedtime. Late(ish) night is quiet and peaceful, but it's also kind of boring and lonely. Plus, the dog was confused, and I discovered that a midnight snack is an actual thing.

Sorry, vampires! This week's Take It or Leave It is a Leave It.

Email ThisBlogThis!Share to TwitterShare to FacebookShare to Pinterest
Labels: brain, habits, sleep, Take It or Leave It, TIOLI 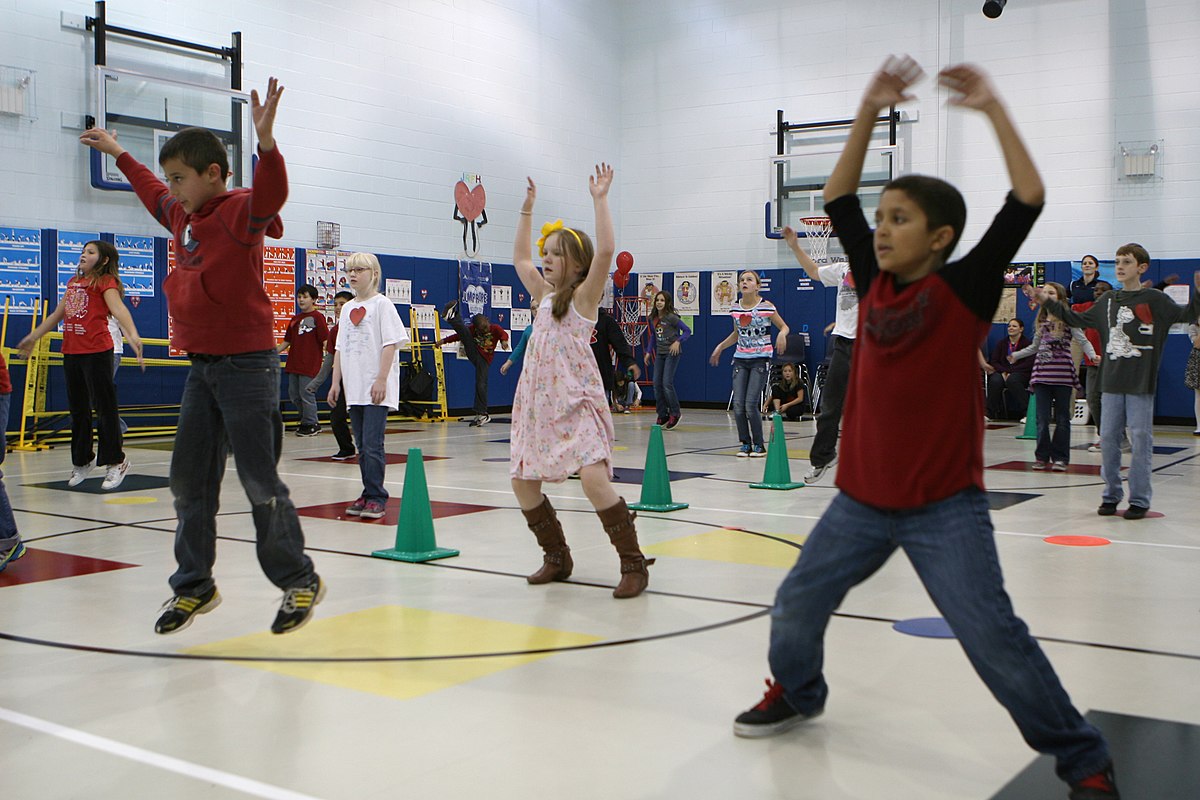 When I think back on my elementary school physical education classes, I picture a gym full of kids doing stuff like dodge ball and skipping rope. And jumping jacks, of course. Awkward, unsynchronized jumping jacks. I don't even remember learning how to do jumping jacks, they've been with me so long.

Jumping jacks are also free, they don't require much in the way of equipment, and they can be done in a variety of ways. So this week, I decided to channel my inner third-grader and make jumping jacks a regular part of my life.

I started with 50 and added 10 each day, ending at 110. I did them barefoot or wearing shoes, on a mini-tramp or on the floor, in sets spread out through the day or one big clump. I did them as stand-alones (jump-alones?) or as part of other workouts.

After a week, I discovered I'm a pretty big fan. Like many people, I often end up sitting more than I want to during the day. When I needed a break from working at the computer, a quick set of jumping jacks made me feel less stiff in the hips and shoulders. They also shook the cobwebs out of my brain and boosted my alertness. The only downside was that unlike a stretch or a quick walk, jumping jacks are not something I feel comfortable doing at work. (Although, in all honesty, I didn't actually try it. Maybe my coworkers would be charmed.)

But at home, with only my dog giving me quizzical looks, this week's Take It or Leave It is a surprisingly enthusiastic Take It.

You Say Mango, I Say...Mango 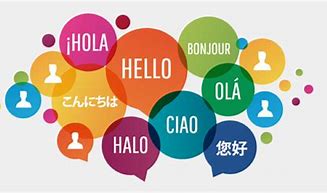 After five years of studying German, and passing quite a few difficult exams, my younger son recently graduated from high school with a seal of biliteracy on his diploma. I'm very proud, of course, but it also got me thinking about my long-ago experience learning French in school. I never got close to my son's level of fluency, but it was fun to be able to muddle through in a foreign language.

For some odd reason I still remember the text book from my junior high French class. C'est Marie. Marie est blonde. Exciting stuff! That was eons before the many apps and online courses that make it easy to learn a new language from the comfort of your very own home.

My local library provides free access to Mango, so this past week, I dipped my toes into the vast ocean of world languages. Mango offers lessons in everything from Arabic to Yiddish, including Shakespearean English and Pirate. Yes, that kind of Pirate, shiver me timbers. (From an entertainment standpoint, that one is pretty great.)

First off, I tried Dutch. My husband learned to speak it as a 5-year-old expat back in the day, so I figured how hard could it be? As it turns out, it is hard. After a few days, I switched to Spanish, which was easier because a) I have more exposure to it and b) it's linguistically closer to French.

The Mango lessons are fun and quick. It's helpful to hear the pronunciations of native speakers, and I enjoyed the cultural tidbits thrown in. As I clicked through the screens, I could feel the rusty gears of the foreign language center in my brain coming unstuck, which was gratifying.

Learning a foreign language is a lot of work! (Thanks, Captain Obvious.) It requires much more investment than fifteen minutes a day--for me, anyway. After a mere seven days, I have a renewed respect for anyone who is multilingual.

Even though my Mango language study was fun and good for my brain, I just don't have the capacity for it right now. As a result, this week's Take It or Leave It is a regretful Leave It. With the possible exception of Pirate.

Email ThisBlogThis!Share to TwitterShare to FacebookShare to Pinterest
Labels: language, Take It or Leave It, TIOLI 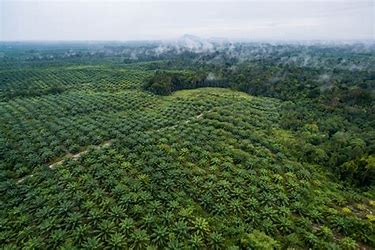 Move over hydrogenated oils. There's another bad guy on the block, and his name is palm oil. But unlike hydrogenated oil, which really has no redeeming qualities, palm oil is a mixed bag. Semi-solid at room temperature, it resists oxidation and extends shelf life. It is a very efficient crop, producing more oil per acre than any other equivalent. In fact, palm oil accounts for 35% of the world's vegetable oil while using only 10% of the land.

The trouble is, that land is already home to lovely tropical forests. The worldwide demand for palm oil drives deforestation and threatens many species which are already hanging on by their toenails. What with all the slashing and burning, the palm oil industry also contributes to an increase in greenhouse gases. And apparently the jury is still out as far as the health benefits or implications of consuming palm oil.

All things considered, I figured it wouldn't hurt to go without palm oil for a week. In fact, I thought it would be really easy, because I tend to not eat a lot of packaged cookies and frozen pizzas and the like. I did not realize that palm oil is in everything from lipstick to ice cream to biofuel. Sneaky palm oil is also known by many aliases, including vegetable oil, Palmitate, Sodium Lauryl Sulfate, Octyl Palmitate, Palmityl Alcohol, Stearic Acid, etc. etc. A person could go cross-eyed from reading all those ingredient labels. (That person is me, and yes, I did.)

Despite my concerted efforts, I failed at completely removing palm oil and its cousins from my life. But I did manage to swear off my favorite palm oil product: vegan butter. I love butter, but I don't really eat much dairy anymore. I thought Smart Balance was the perfect solution. The orangutans think otherwise. Darn you, palm oil.

Since I'm not a fan of dry toast, I turned to the internet and was rewarded with many recipes for vegan butter. The one I tried called for coconut oil, avocado oil, nondairy milk, salt, vinegar, and sunflower lecithin (which cost nearly $10 a bottle, and I only needed a teaspoon). Honestly, the result was not wonderful. It looked weirdly curdled and tasted like a combination of butter and feta cheese.

Now I'm in a tricky spot: settle for my unappetizing homemade "butter" or kill an endangered gecko every time I have breakfast? I don't want to do either. So I will try for a middle-ground approach and choose sustainable palm oil products whenever possible. And avocado toast...which probably has its own set of issues.

Because I am going to continue to reduce my reliance on conventional palm oil, I guess this week's Take It or Leave It is a Take It. But it's going to be a challenge.