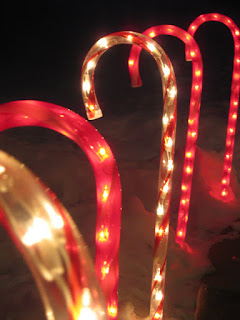 I'm pressed for time these last few days before Christmas, which is what usually happens to me despite my best intentions. So this post will be short and sweet. This week, I decided to take advantage of all the goodwill in the air and perform daily acts of kindness, which weren't planned much in advance (because I'm not that organized) but also weren't exactly random. Hence the "semi."

Here's the list: I quit procrastinating and finally made a donation to an environmental charity I support. I made room in my schedule to take my mom to get a haircut and go to lunch. I slipped a $10 bill in the Salvation Army kettle instead of my usual single. I dropped off dog toys at a local pet shelter. I sent a gift card to a young man I've never met who goes to the same university as my boys and has been diagnosed with cancer. And I took a plastic bag with me on my dog walk so I could pick up trash along the way.

Nothing earth-shattering, but we shouldn't underestimate the power of small things. This week is a Take It.

Email ThisBlogThis!Share to TwitterShare to FacebookShare to Pinterest
Labels: habits, Holiday, inspiration, seasons, Take It or Leave It 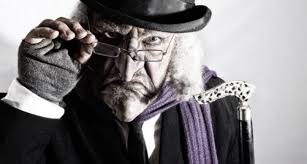 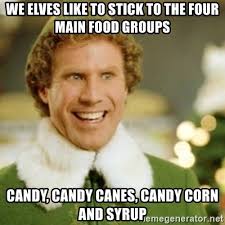 It's Not All Phone and Games

Angry birds or crushed candies aren't my thing. I'm all about the card games, of which there are more than enough in the app store to last a lifetime. Someone just keeps inventing different ways to play solitaire. (In an alternate reality, that would probably be my dream job.) I wonder if the folks at Microsoft, who introduced computer solitaire in 1990 as a fun way to teach people how to use a mouse, had any idea how insanely popular the game, and its many offspring, would become.

This week, I said no to those nefarious time-wasters and their come-hither sound of shuffling decks, their daily challenges, their celebratory animations after a win. I said no to the quick card breaks between chores and tasks and errands. I said no to one more game before lights out. I said no, no, no.

And I discovered something better to fill that gap: pretty much anything. Leaf through a magazine, read a few pages of a book, strum the ukulele, wipe some crumbs off the kitchen counter. This year of Take It or Leave It--which I can't believe is rapidly drawing to a close--has really been all about managing habits. Trying to make good ones and break bad ones. In all honesty, a week isn't long enough to make or break a habit. But it is long enough to shine a light on it and do some evaluating.

Did I miss the card games? I did. And at the end of the week, when I deleted (most of) them, it felt a little weird. I'm not saying I'll never play another game of phone solitaire, so I suppose this week isn't a true Take It. But those games are going to be much fewer and farther between.

Now it's time for me to shuffle on out of here. Have a great week, and I'll see you next Wednesday!

With last week being Thanksgiving week here in the states, I thought it was a good time to focus on gratitude. I like to think that in general, I'm a pretty grateful person. When I get more green lights than red, or an item I need from the store is unexpectedly on sale, I usually feel a little flicker of gratitude. But I'm not really sure I have built it solidly into my daily life. Sometimes, it's barely more than a mental blip as I move from one thing to the next.

True gratitude is more than saying thank you when someone holds a door--although good manners are a great place to start. According to world-renowned gratitude guru Robert Emmons, gratitude has two important parts: the affirmation of goodness, and the recognition that the goodness comes from outside our selves. “I see it as a relationship-strengthening emotion,“ he writes, “because it requires us to see how we’ve been supported and affirmed by other people.”

Researchers who study the effects of gratitude credit the practice with:
The Greater Good Science Center at UC Berkeley reports that writing in a gratitude journal three times a week has significant positive effects. I did it every day last week, and my only rules were that I had to write five things each day, and I couldn't use the same one twice. Occasionally, that stumped me, because I am grateful every day for things such as family and health. So I had to dig a little deeper and include the small (I got my aunt's Thanksgiving card mailed on time, for example) with the large (no one got hit by space debris). This isn't a very elegant analogy, but I discovered that gratitude is kind of like lint--the more you look for it, the more you will find. But unlike lint, it makes life better!

I will definitely keep this one as a Take It. For anyone who's interested in starting gratitude journal practice, I suggest taking a look at the GGSC's 9 tips.

Thank you for stopping by, and happy December!