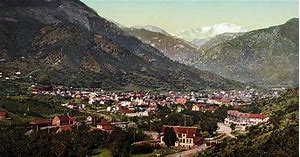 To the Algonquin tribes of North America, manitou is the word used for the spirit that inhabits all things: animals, plants, wind, thunder, even rocks, the sun, and the moon. It exists everywhere and in some ways reminds me of the Force from Star Wars. The manitou often appears in dreams, where it conveys special protection. By entering a trance with the help of singing, dancing, drumming, and/or hallucinogens, a shaman could manipulate the manitou and heal patients. Some believed that the manitou lived in the stones of the sweat lodge and could, via steam, enter the body of anyone in the lodge and drive out illness and pain.

In what seems a rather strange connection to me, German author Karl May (1842-1912) wrote many novels set in the American West. They feature an eagle named Manitou, who is protector of one of the main characters, the Apache leader Winnetou. Though May never visited the west, the books were crazy-popular in Germany and have sold more than 100 million copies. Apparently, May was smart enough, or lucky enough, to capitalize on a European fascination with the American West. When Buffalo Bill Cody visited Munich with his Wild West show in 1890, people camped out overnight for tickets. Eighteen shows in the 5,000 seat arena sold out, and even King Ludwig attended. Shortly after, May published his first of his more than eighty Winnetou novels.

In southern Colorado, the town of Manitou Springs (pictured above) was founded in 1872 as a health resort, as the waters from the various natural springs were reported to have healing properties. Many of the original springs are still functioning, and visitors can stop by the chamber of commerce to get a map and paper tasting cups for a self-guided tasting tour. My family and I did that a few years ago, and my sons still talk about how horrible some of the water tasted. All in the name of good health :-)