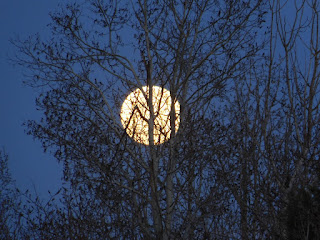 This was a fun chapter to read this time of year, because who doesn't want to believe in magic at Halloween? Kids are open to magic any time, but (with the exception of Harry Potter) adults often see it as frivolous. Impractical. We might call it superstition or fantasy and leave the pure wonderment of it to the young ones who still believe in the Tooth Fairy.

(To be fair, there's a pretty strong cultural component, as magic is seen as very real and very potent in many Caribbean, African, and Asian countries. And Icelanders are pretty forthcoming about their belief in elves and hidden people.)

As Ingrid Fetell Lee points out, for many of us, magic is most accessible in the transformation of the mundane into something joyful and fleeting. Rainbows and fireflies and beautiful patterns of ice on a winter window--courtesy of Jack Frost, no doubt. It might seem difficult to replicate these things in our day-to-day environment--after all, magic is also elusive. For this, Ingrid turns to the play of light off of prisms, mirrors, and anything iridescent.

Some years ago, I found this doorway divider on clearance at Target: 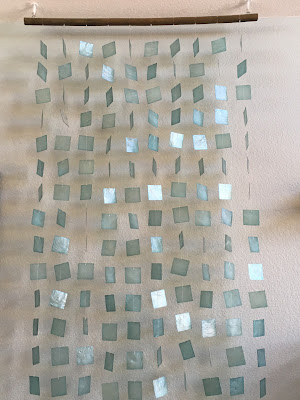 As soon as I saw it, I knew I wanted it hanging on the wall. Made of shell, the squares catch and subtly reflect the light, which often reminds me of a glistening stream. When the window is open, the squares clink against each other like a wind chime. It is right in my line of vision as I come down the stairs, and I never get tired of it. Before reading this chapter, I hadn't thought of it as magical, but now I do.

I hope you have something magical in store for you this weekend. The moon will be full, and that's a good start. Have a safe and healthy Halloween!