A to Z Joy: Carillon


A carillon is a musical instrument that is typically housed in the bell tower (or belfry) of a church or municipal building. The instrument consists of at least 23 cast bronze, cup-shaped bells, which are played serially to produce a melody, or sounded together to play a chord.

Traditionally, carillons are played using a keyboard and pedal keyboard to trip the levers and wires attached to the bell clappers. Carillons of a more modern vintage are played digitally, or even utilize digital recordings in lieu of actual bells.

The last carillon I heard was this one, in Victoria, British Columbia, in January. 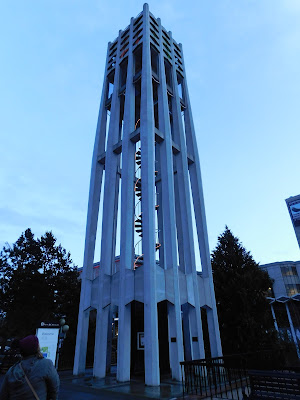 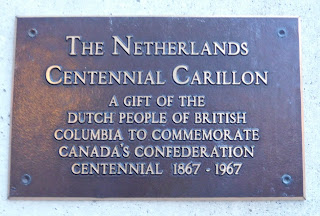 And here's a short, fun clip of the carillon at the University of Chicago, which takes requests.

Email ThisBlogThis!Share to TwitterShare to FacebookShare to Pinterest
Labels: Blogging From A to Z, joy, Joy Project 2020, music