In many countries--Spain, Mexico, the Philippines, Italy, Nigeria, and more--the afternoon nap is an integral part of the day...and an opportunity to get out of the heat. In America, we've come a ways since the Seinfeld episode when George Costanza had to curl up under his desk to get some shuteye. But we still haven't gone all in on this napping thing. Kids, sure. Adults, though? It seems lazy and unproductive, two things we Americans like to pretend we hate (when in actuality, we enjoy lying down and putting up our feet as much as the rest of the world does, gosh darn it). Plus, we're absolute lunatics about air conditioning, so escaping the heat isn't a problem.

The science suggests America would be well-suited to adopt the siesta culture. A power nap (around 20 minutes) can boost creativity, productivity, problem-solving, reasoning, and learning. Napping three times a week has been shown to lower the risk of heart disease, heart attack, and stroke. Plus, the general reduction in stress can make us happier and, one would imagine, more pleasant to be around.

I am always tired when mid-afternoon rolls around, so for my Take It or Leave It this week, I decided to try a daily nap. In the interest of being consistent, I set a couple of ground rules: I would lie down at the same time every day, and I wasn't allowed to read or look at my phone. Just set a timer, close my eyes, and hopefully catch some winks. 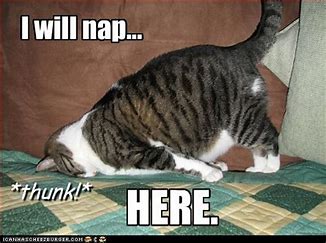 Honestly, I thought I was going to crush this napping thing. After all, I've been known to fall asleep in class, in cars, in movies, in airplanes... But I struggled with the planned nap. On Saturday, I forgot about it altogether. Out of the other six days, I had only two where I felt like the nap did all those magical things for me that naps are supposed to do. On the other four days, I woke up feeling just as tired as I was before, but with the added bonus of also being grouchy.

Even though this week wasn't terribly successful, I'm not quite ready to throw in the nap towel. In fact, I feel challenged now to figure out what constitutes a perfect nap for me. To start, I think I'll shoot for the thrice-weekly siesta and maybe even check into one of the "power nap" apps that I only now discovered exist.

I guess that means this week's Take It or Leave It is a little bit of both.

Email ThisBlogThis!Share to TwitterShare to FacebookShare to Pinterest
Labels: downtime, habits, health, Take It or Leave It, TIOLI