An Om of My Own 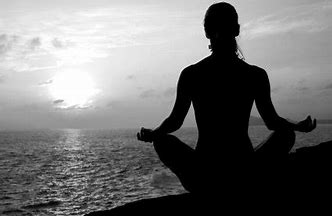 Happy Wednesday! I don't know about you, but 2019 has been a stressful year so far. Not in any earth-shattering way, thank goodness, but to the point where I frequently feel on the verge of being overwhelmed. Some of it is good stress--what they call eustress, which is physically or psychologically beneficial--and some of it is definitely distress. (And that's without throwing politics into the mix.) There just don't seem to be enough hours in the day to get everything done, which is nothing new or unusual for any of us, I'm sure.

For years, I've toyed with the idea of starting a meditation practice. I was never sure how to go about it the right way, though, and I wasn't convinced I was that kind of person (whatever "that" means). Books were helpful but a little too static, and joining a class seemed too intimidating. What if my chakras started acting up in public or something? But now, well, this is one place where I have to give technology credit, because there are multiple meditation and mindfulness apps that made dipping my toe into the calm waters of meditation a whole lot easier. 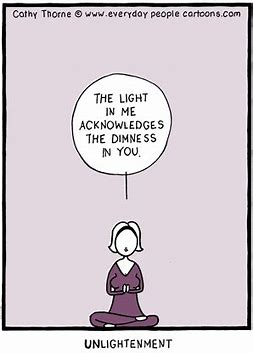 After a bit of trial and error, I ended up using the (inadequately named, IMHO) app called InsightTimer. It offers 15,000 free meditations, which was a little overwhelming at first. But they are easily filtered by length and focus. I did have to set up an account, but just name and email, no credit card information. Then, I was up and running. (And by that I mean sitting and still.)

I tried a variety of meditations during the week. The shortest was a minute long, the longest was twenty. Most of them were guided, but a couple of times, I just listened to some relaxing music. I meditated in the morning, at night, and occasionally in between. Even though the guided meditations were fundamentally similar in nature, they varied a lot depending on the presenter. Different accents, different pacing, different background music... Some of them didn't quite click for me, but with 15k to choose from, it was easy to find a better fit.

Frankly, I was surprised at how much I enjoyed my meditation time. On the whole, I felt happier and less stressed this week--though that might be because we also had some very lovely spring weather. Maybe when the blizzard we're expecting hits and drops the temperature by 40 degrees F, I will be back to my normal grumpy self.

Although the Take Its are definitely piling up, I have to add this one to that list, as well.

Have a relaxing week!

Email ThisBlogThis!Share to TwitterShare to FacebookShare to Pinterest
Labels: downtime, habits, health, inspiration, mindfulness, Take It or Leave It, TIOLI